At one point in my career, I had the pleasure designing event/trade show graphics for Schneider Electric. Since Schneider Electric is a global company, they have trade shows going on in many countries. The team I was on focused primarily on North America. I like to be challenged, so this position was a perfect fit for me. I used InDesign, Photoshop, Illustrator, and some Flash. Here are some examples of some of Schneider Electric booths that were used previously: 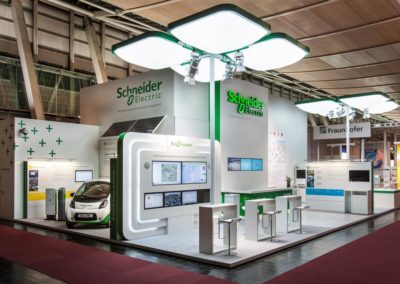 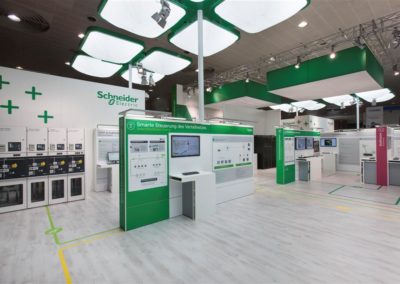 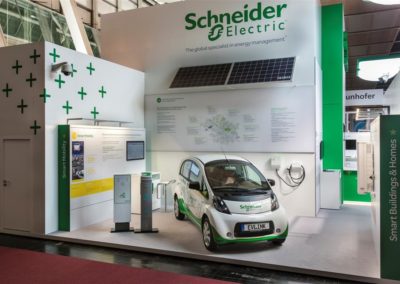 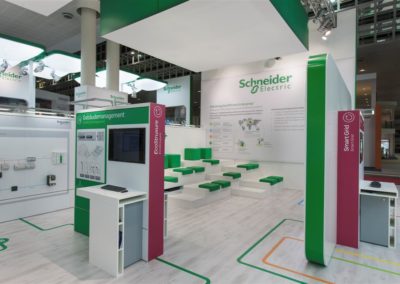 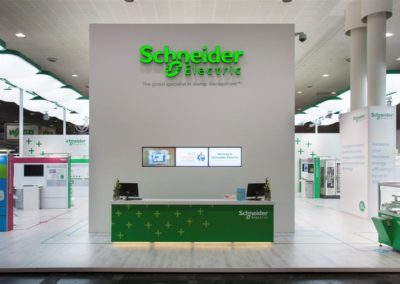 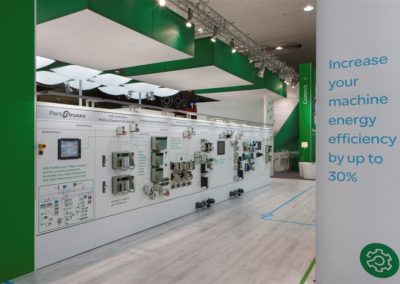 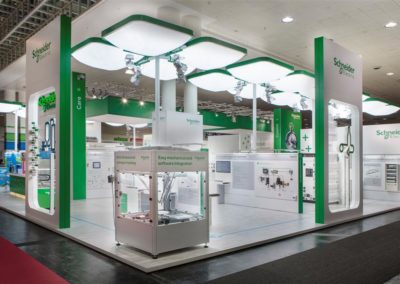 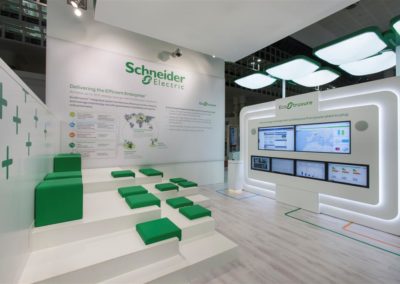 Things I Learned as a Trade Show Designer

I learned many things while in this position. I walked away with some knowledge regarding best practices when creating designs for trade show booths/panels. Creating artwork at this scale should be handled differently than a standard print ad. Here are a few tips for designing signage:

Here are some of the trade show panels I have created at Schneider Electric: 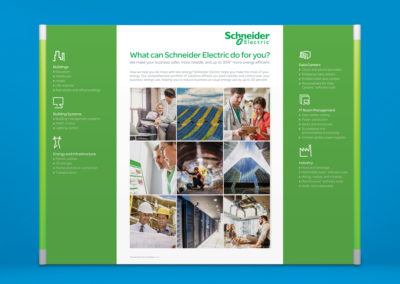 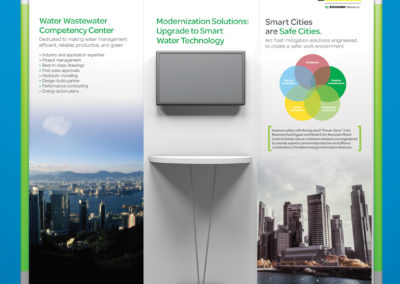 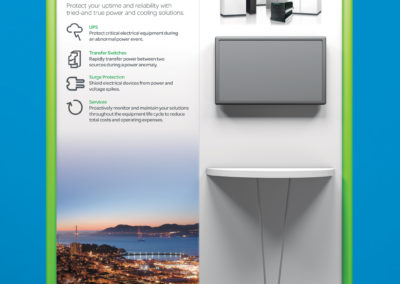 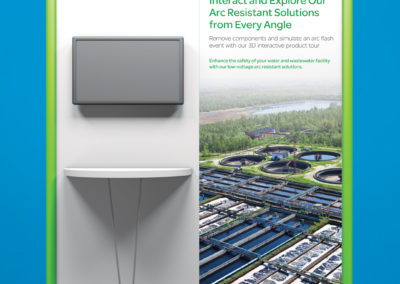 Getting People to Come to Trade Shows

Making panels isn’t the only thing some trade show designers do. Companies also need to promote their presence prior to the actual event. This can be done in a number of ways. Two ways that I did was through web and print. Print consisted of invitations, whereas web consisted of headers.

The following are some examples of print trade show invites I created for Schneider Electric trade shows. 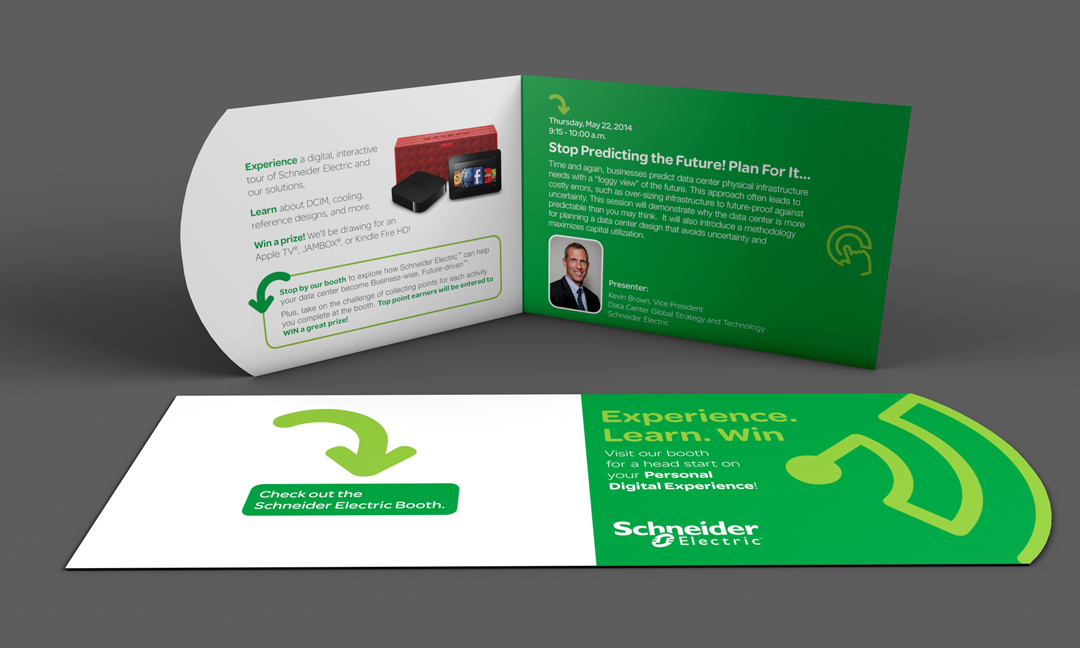 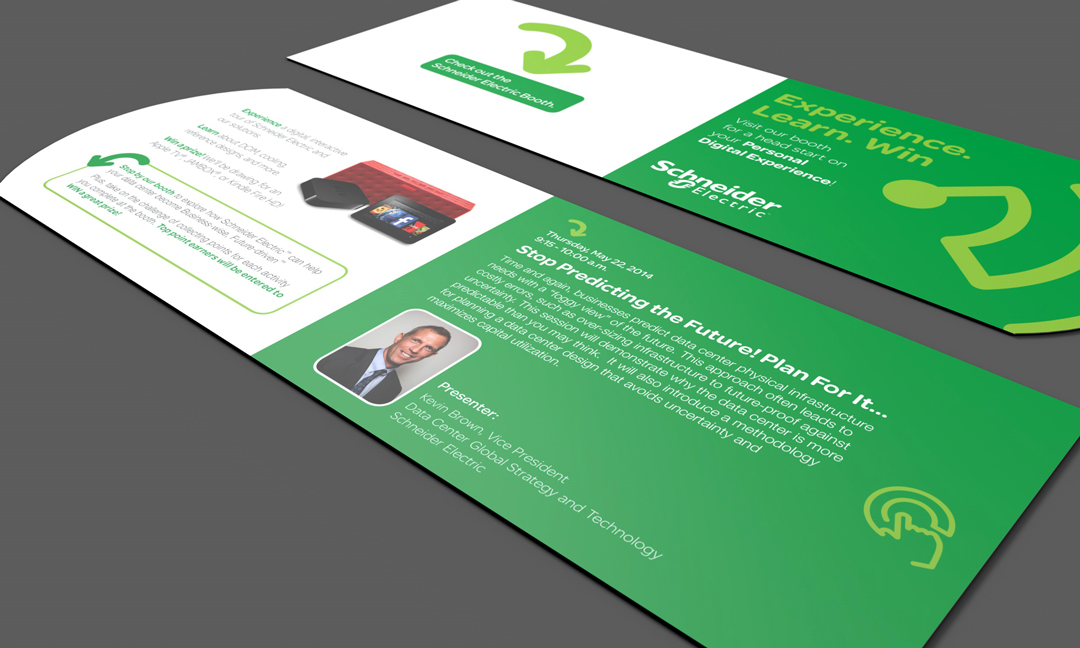 Above is a “room drop” invitation used for the annual AFCOM trade show. A room drop is one of those ads that you see sitting on the table when you check into a hotel room. This ad was placed in the rooms of the attendees of this particular trade show. We wanted this to stand out because we were aware of the fact that it would be competing with the other room drops place within the rooms. We added a die cut going along the Wi-Fi symbol so it would show more of a shape. AFCOM stands for Association for Computer Operations Management. They specialize in advancing data center professionals through education. Since Schneider Electric specializes in almost everything to do with data centers, AFCOM is a good trade show to attend.

Here are a couple of other trade show invitations used at various trade shows: 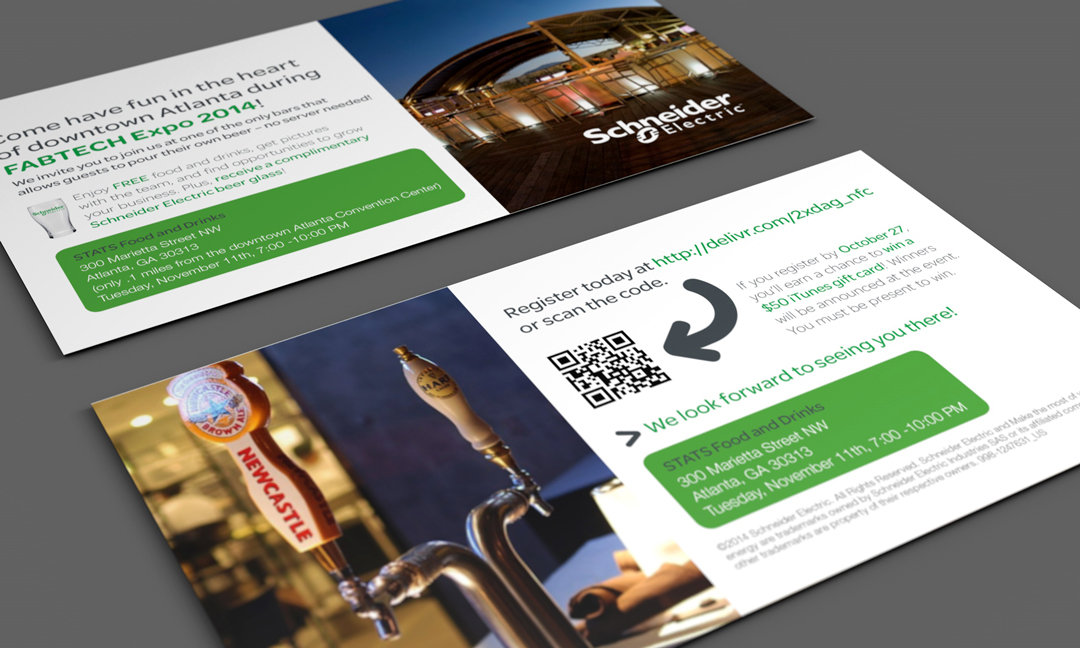 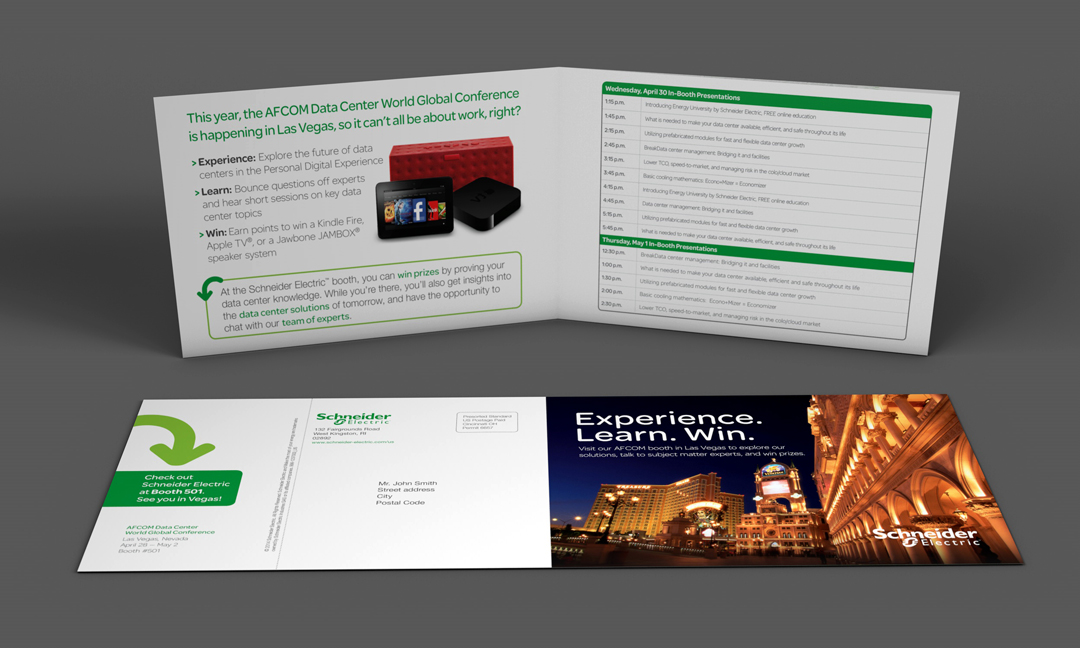 Below is a web header highlighting the presence of Schneider Electric at the ENTELEC trade show located in Houston, Texas. ENTELEC stands for The Energy Telecommunications and Electrical Association. They are an association that focuses on the communication and technology revolving around petroleum, natural gas, pipeline and electric utility companies. In this project, I was tasked to create a web header for Schneider Electric’s home page. I used an image of a pipeline in a grassy and mountainous landscape. The call to action leads the reader straight to the trade show registration page.

I had a great time working in this position. The knowledge gained from this experience will carry throughout my career. I couldn’t have more fun pushing my computer to the limit while working on a 100+ square foot document on InDesign! 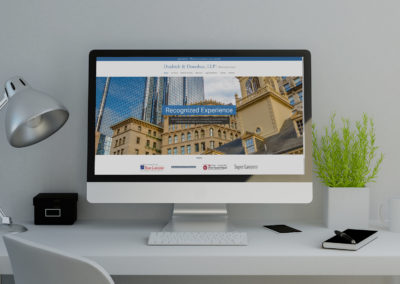 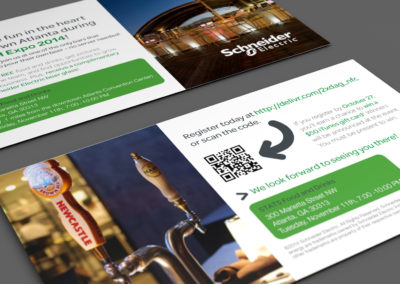 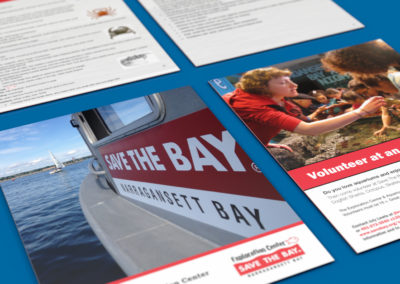 Graphic Design For Save The Bay 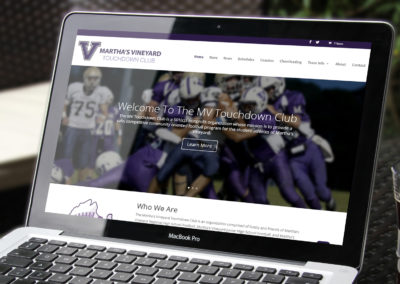