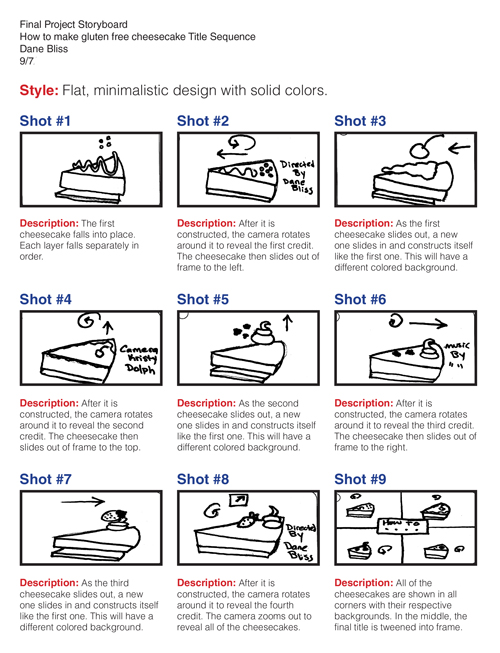 I knew that I wanted to go with the flat design style, I then started brainstorming different ways to approach this. I ultimately decided to make four cheesecake pieces and have each individual part of the cheesecakes fall into place. Each cheesecake would pan to each other to reveal all four cheesecakes at the end with the title being revealed. I decided that all of them would have different camera angles with different colored backgrounds. After the storyboard was made, I started experimenting with colors for the background. I also chose the different types of cheesecakes that would be included. Colors were a big factor in my choosing. The types of cheesecakes I went with are: blueberry, chocolate, lime, and the vanilla bean one. Once I had everything planned out, it was time to start modeling the cheesecakes in Cinema 4D.

Then it was time to build all of the assets. I used some paths from Adobe Illustrator, but ultimately built them in Cinema 4D. By using cel shading texturing in Cinema 4D, I was able to achieve a flat, simple animation that is 3D. I then animated them all accordingly and got ready to render them out. Here are some screenshots of the four pies in C4D: 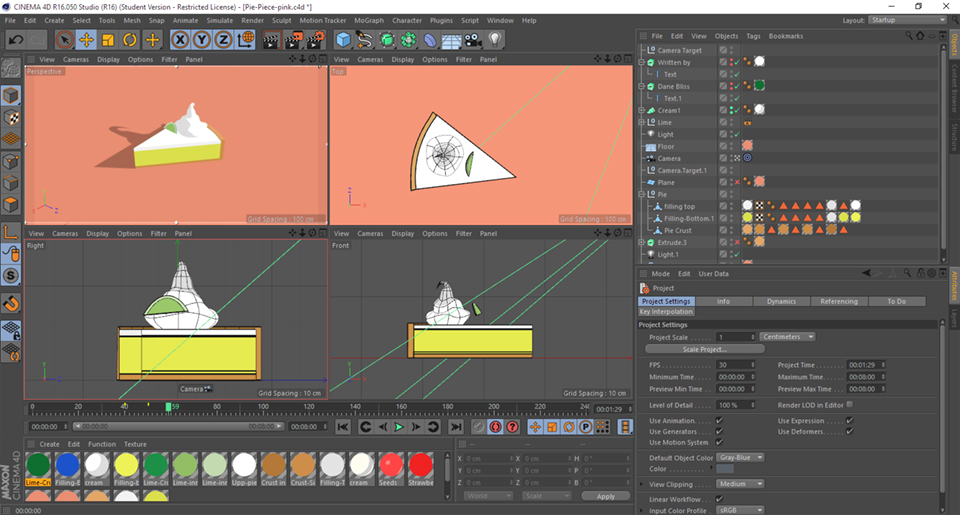 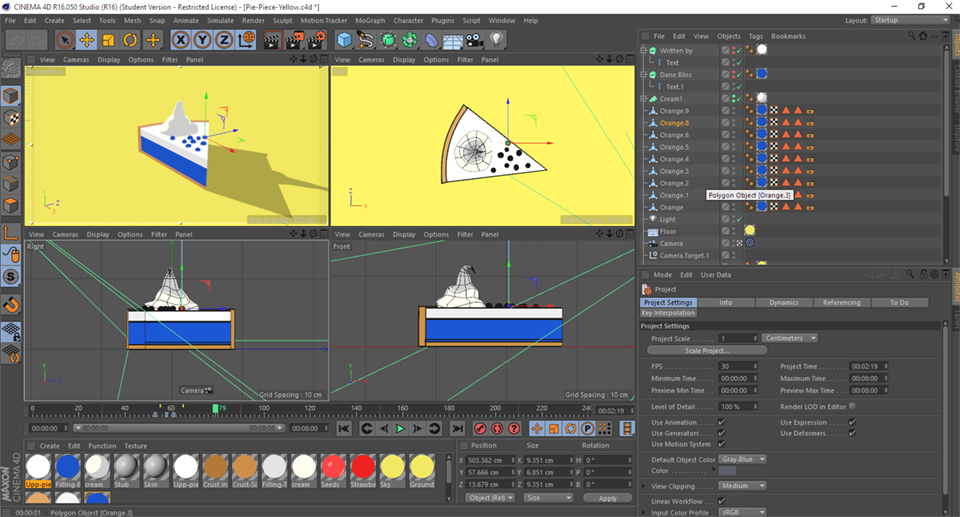 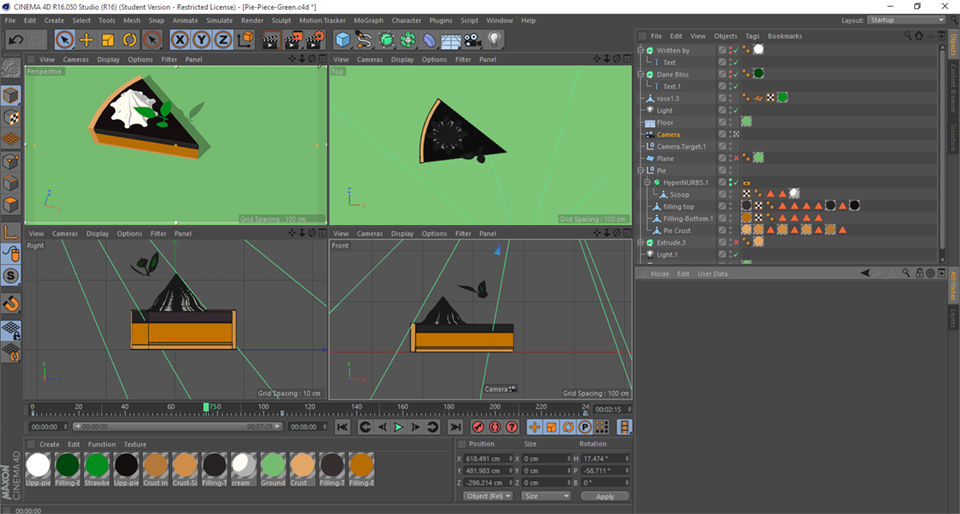 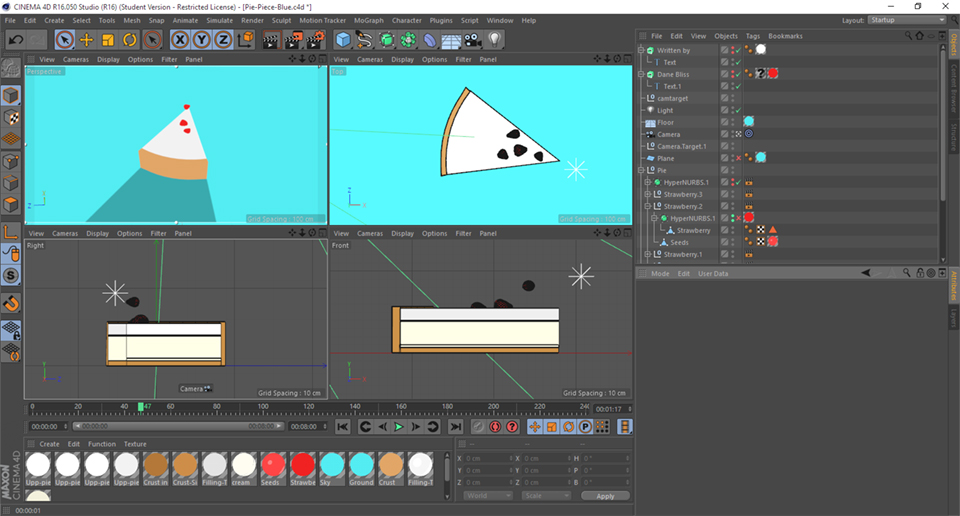 I ran numerous test renders, the good news was that these are lighter weight than normal because of the cel shading. Here is one for example:

The last step was bringing my rendered Tiff sequences into Adobe Audition to compose the full piece. I animated all of them panning as planned and the final shot of all four in each respective corner. Here is a screenshot of the After Effects composition: 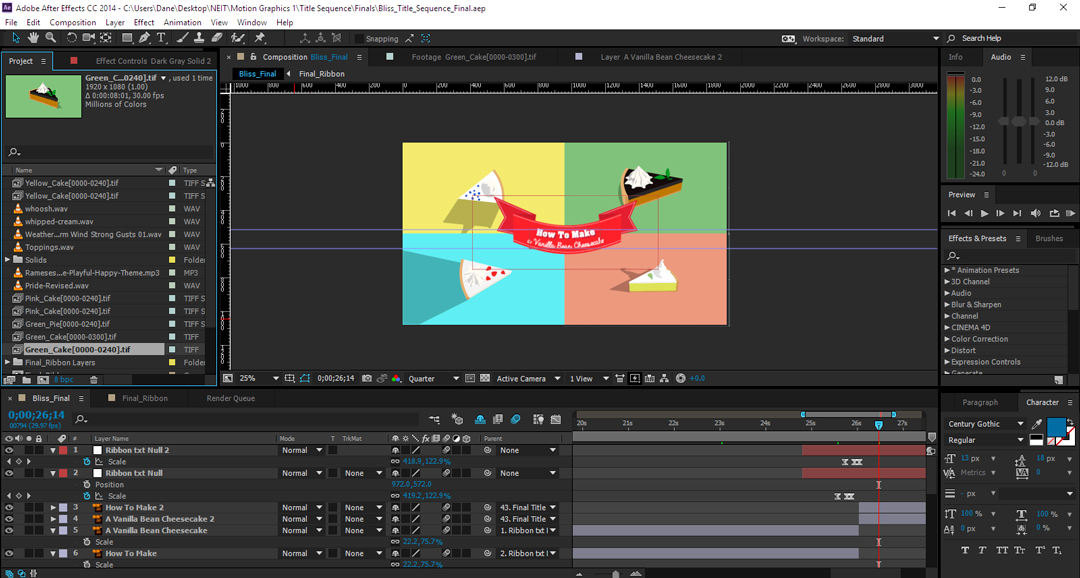 Overall this was a great experience. I learned a lot about cel shading in Cinema 4D and will be doing more projects with it in the future. The integration of Cinema 4D and After Effects is very nice. Thanks for reading! 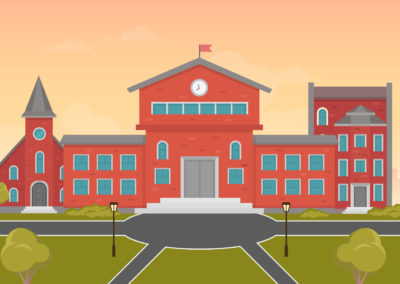 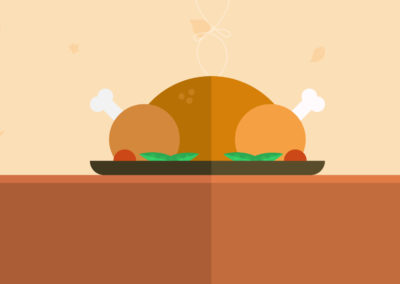 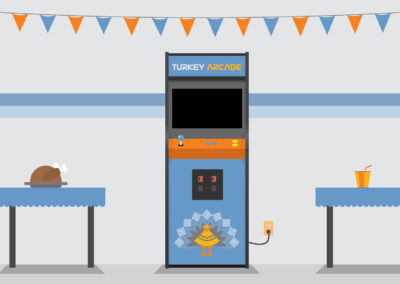 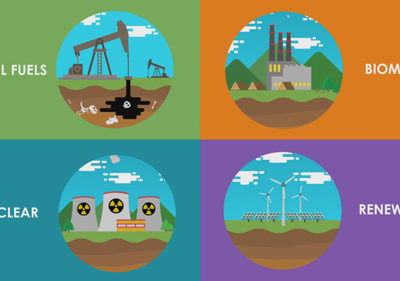 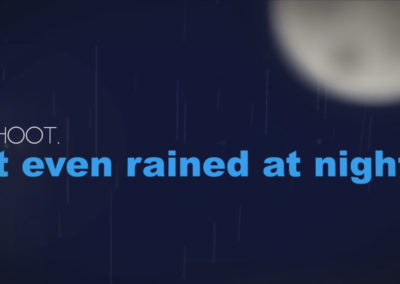 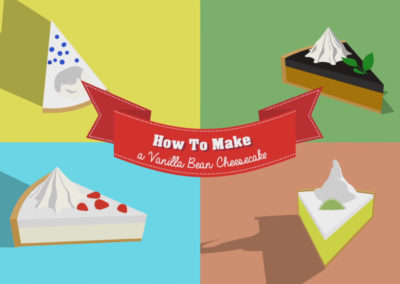 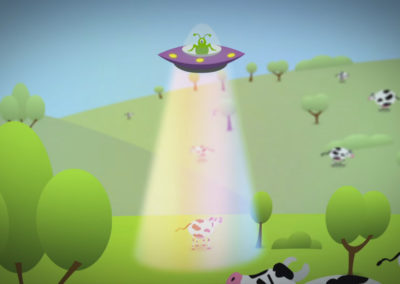